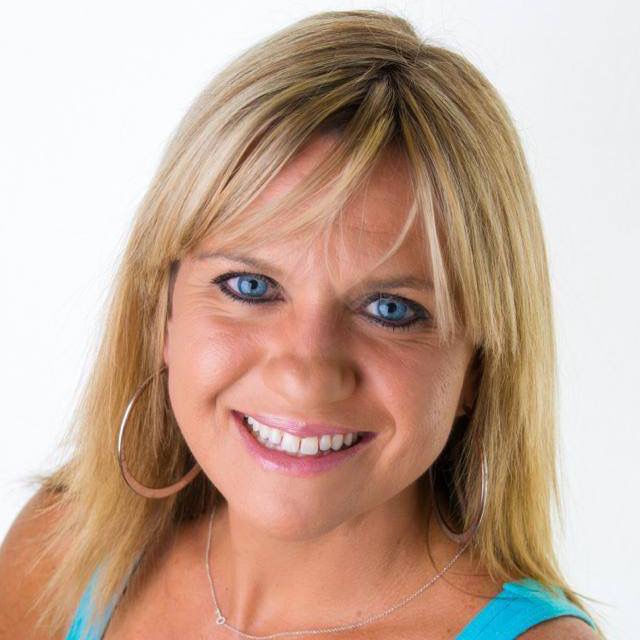 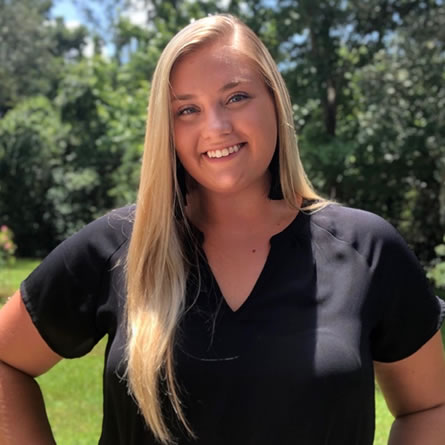 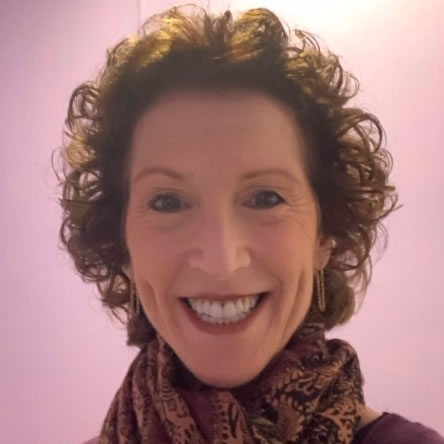 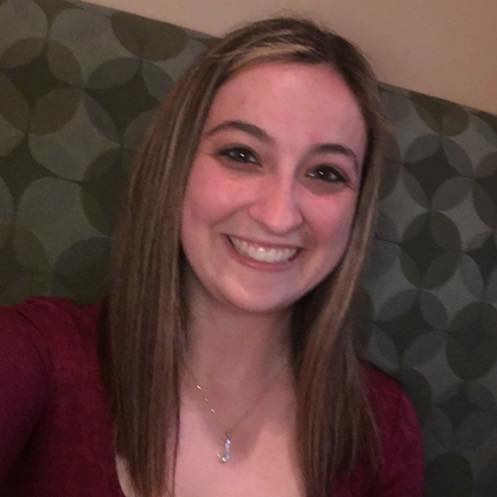 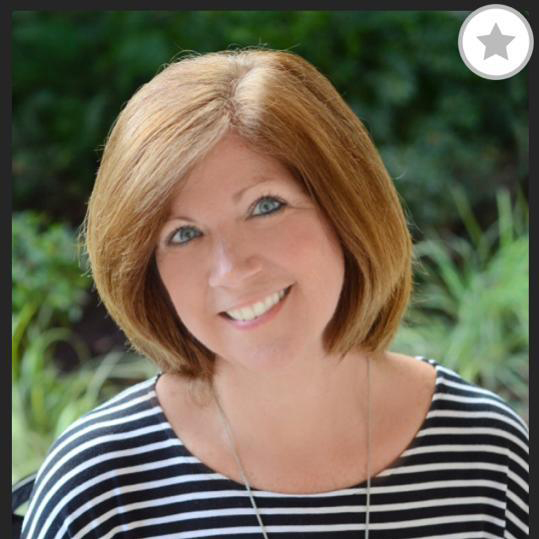 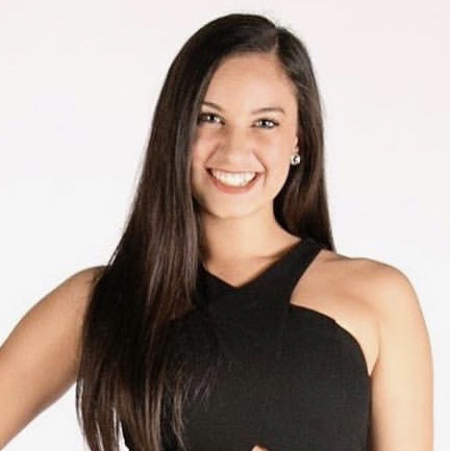 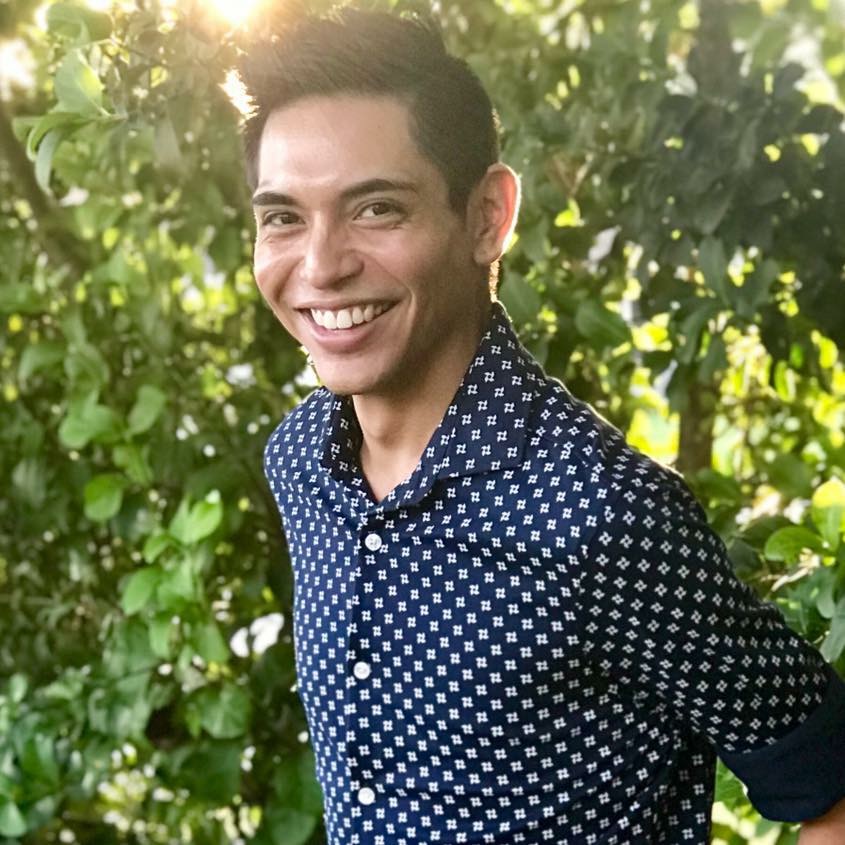 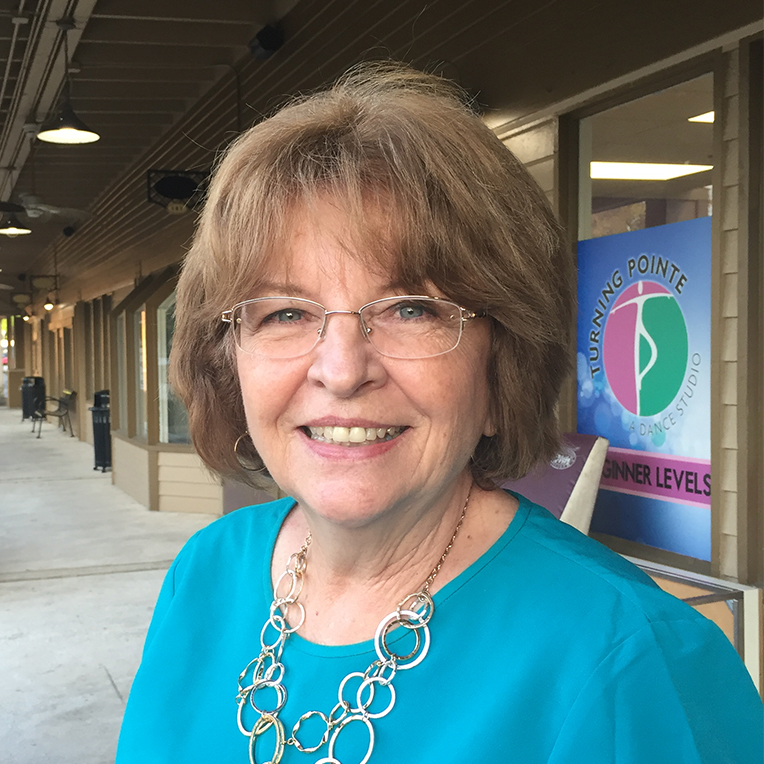 Miss Cathy Mae’s dream has come true! Over 20 years ago, Cathy Mae Cavanaugh helped her dance teachers open Turning Pointe – A Dance Studio in Longwood, Fl. She has been a huge part of the dance studio ever since and in 2013 she took ownership of Turning Pointe! Her love for dance and teaching children are apparent within the first few minutes of every class. She is a compassionate teacher and her students adore her. She is always there to listen and support them outside the walls of Turning Pointe. “What I teach these children goes beyond pointing their toes. I love to help them grow as people. They learn to be responsible, loving, caring, dependable human beings.” Says, Cathy Mae.

Cathy Mae Cavanaugh graduated from Bishop Moore Catholic High School and continued her education at Valencia Community College and the University of Central Florida. She received her Bachelor’s of Science Degree in Psychology in 2002. Go Knight’s! She grew up dancing in the Orlando Area and competed through high school. She has worked with community theatres as lead choreographer and co-director on shows such as, Alice In Wonderland, Annie Jr., Willy Wonka Jr., Fiddler on the Roof, Thoroughly Modern Millie and Anything Goes just to name a few. She has attended dance teacher conferences, summits and workshops throughout her career as a dance teacher. Cathy Mae believes that “Today’s dream is tomorrow’s dream come true. I hope all my students past, present and future know that they should never give up. Dreams can become a reality.”

Angela Kenski has been a part of the Turning Pointe family since it opened. She started as a twinkler and worked her way up in the STARS program. She competed until she was 18 winning multiple dance awards. After she graduated from Lake Brantley High School she started teaching and continued to for 5 years. After Two years of living in New York, she is back and ready for a great year. Her specialty areas are Jazz and Lyrical.

While attending Lake Brantley, she was a member of the varsity dance team for 4 years as well as captain for 2. This included a large variety of styles of dance including: kick, pom, jazz funk, military commands and others. While being a member of the team she also choreographed many routines which when on to place at state competitions and even won choreography awards. After graduating she continued to help coach for two years after.

Outside of dance Angela enjoys traveling and spending time with her family. She is continuing her education at Seminole State College in the early childhood education field with a minor in Business. She is also a teachers assistant at Annunciation Catholic Academy. She loves seeing the dancers grow up at Turning Pointe, and is so honored to be apart of it!

Danielle Justine is a Florida native with an experienced and well diverse background in dance. While growing up she worked for Pamela Bowling at Downtown Disney at the young age of twelve. Danielle was also a back-up dancer for, Motown Records, Colby O’Donis’ major motion picture soundtrack, “Mouse in the House” which was featured on the 1999 Stewart Little Soundtrack. She has also danced on a live televised show for Harlem Globetrotter, Curly Neal. Danielle appeared on a live televised show dancing in the opening routine for Showstopper National Dance Competition. Recently she performed in an opening routine for Paul Mitchell Hair, and danced for a charity fundraiser at the Lithuanian World Center (Chicago, IL) which was broadcasted in the country of Lithuania.

Stepping in to her role as a choreographer Danielle has placed dancers in the top ten at numerous competitions as well as winning titles, choreography awards, technique awards, and intensity awards. At Encore Dance Competition (Nationals), she placed one of her petite soloist first place not only for her solo but for the entire competition as the “Highest Scoring Petite Routine.” That same competition Danielle won the highest scoring choreography award for the junior division with routine named, “My Face Remains”. Recently Danielle moved to Chicago, Illinois where she taught at Turning Point Dance Company and worked with their competitive team, Ignite Dance Company, taught at Center Stage Dance Academy and worked with their competitive team, Envision Dance Company, Dance Duo Studios, Mohler Dance Academy, and Starland. Working with Ignite Dance Company she was blessed to have received both technique and choreography awards. Her senior competitive small group contemporary piece, “Walk on By” received first place both regionally and nationally as well as highest scoring in the senior division. Her soloist “Bitter Song”, “Word Up”, and “Born to Die” won first place overalls, titles, and special awards. Working with Envision Dance Company junior contemporary soloist “Latch” won first overall at Starbound Nationals. Danielle has also had the honor to work with Cheri Crabtree (active member of Dance Masters North Carolina, and studio owner at Steps on Stage Academy of Performing Arts). Danielle has taught master classes at her studio in North Carolina and choreographed some pieces for their 2015 season. Danielle continues to find hard working and passionate dancers so she can mold them and create them in to well respected adults and dancers.

Marie Wiley was born and raised in Rochester, N.Y. She has been dancing since the age of 5. She attended Brockport State University of New York.  There, she earned her Bachelor of Science degree in Dance. She is a former NFL Buffalo Jills cheerleader, and also an AFL Orlando Predators cheerleader.

Marie has been teaching and mentoring children of all ages for both recreational and competitive groups since she was teenager. She has taught locally here in Orlando for Showtime Dance Studio, Dance Centers of Orlando and has now found her home at Turning Point A Dance Studio.

Her passion for teaching has also lead her to become a school teacher for grades K-3.  She currently teaches at The Crenshaw School. She continues to bring her love of dance into the academic world by coaching her dance team called "The Crenshaw Dance Stars."

Marie has trained in ballet, jazz, tap, contemporary, lyrical, modern, acrobatics, and musical theatre. Her choreography has earned her multiple awards such as outstanding and most creative choreography just to name a few.

Miss "Aunt" Becky retired after 37 years of service from the US Department of Agriculture/NASS (National Agriculture Statistics Service). Upon her retirement, she joined her niece, Miss Cathy Mae's Dance Studio! She found it to be an easy transition because of the friendly and professional atmosphere.

Becky works in the office with the Accounts Receivable. She answers the phone and returns messages.

As a side job, you can find her helping children with their homework. She says, "I tell the kids math is like dance, the more you practice the better you get!"

Angel Guzman, aka Staccato, has been both a freestyle hip hop dancer and choreographer for 8 years. He is a member of Funky Wunks crew featured on World of Dance and a Featured choreographer for theSQUAD Orlando. He is a 2 time finalist for Hip Hop International world freestyle battle competition and one time champion in 2017. Angel has done work for Tyra Banks, DJ Ravi Drums, and Old Navy.

Bevalie Pritchard began her classical training with Robert Barnett, Merrilee Smith and Carl Radcliff at Atlanta Ballet where she danced professionally with the Atlanta Ballet Apprentice Company. Ms. Pritchard has a BA Degree in Ballet and Teaching Certification from Virginia Intermont College, where she also danced with the Bristol Concert Ballet Company for 4 years.

Ms. Pritchard was formerly School Performance Coordinator & Nutcracker Coordinator for Orlando Ballet’s professional Company, under the direction of Robert Hill, Artistic Director. Her duties involved rehearsals, communication with parents, and scheduling. She has been Rehearsal Mistress for Youth Ensemble Performances with Orlando Ballet School, has been Head of the Young Dancer Division, as well as performed character roles with Orlando Ballet's professional company under the former Artistic Director, Fernando Bujones.

Bevalie has privately coached students in fundamental and advanced ballet/pointe/variations training, all in maintaining the professional standards at bay.

She and her husband Phillip have 5 grown children.

Bevalie has a passion to teach, finding joy seeing each student excel in training and self-esteem. Her students create a context for personal growth, and transformation. They develop self-discipline, concentration skills, personal accountability, personal awareness, and a level of commitment that pervades all areas of their lives. By fostering this joy through movement, her students feel free to explore their movement potential, believing in the evolvement of the art form. It is a way of moving that uses the body as an instrument of expression and communication. Bevalie believes that thru dance, it enables students to better understand themselves and the world in which they live.

CLOSED - July 12-16
(Our Competition Team will be at Nationals at Disney! GO TURNING POINTE!)

***Please call or email the studio for our Intermediate & Advanced Schedules! We have over 10 Guest Teachers coming in this Summer and we can't wait!***